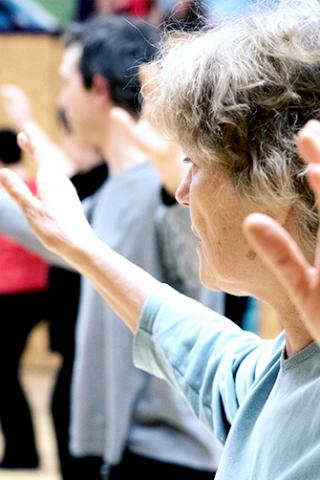 Once you learn how to centre and concentrate Chi at the Tan Tien point, the second pillar of the triad of Traditional Tai Chi Chuan focuses on the circulation of Chi through the body.

The use of the relaxed, co-ordinated and linked movements, universally recognised as the Tai Chi Chuan Forms are the most recognised method in which the circulation of Chi can be achieved. The form contains within it flowing circular movements.  Carrying them out with a relaxed body devoid of muscular tension in unison with a quiet mind gives Chi direction, so that it can flow naturally within the body.

As the energy circulates, the mind/body state deepens and you begin to change and grow. This is stillness in motion - just as a whirlwind has stillness at its heart.